5 reasons why McDonalds is bad and should be avoided 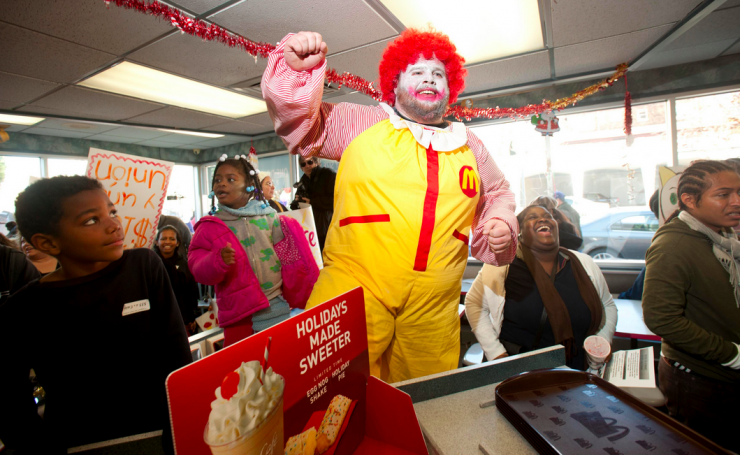 5 reasons why McDonalds is bad and should be avoided

Before you start reading this article, I want to bring to your knowledge a recent event in US when a court-appointed psychiatrist recently called a Manhattan father an ‘unfit parent’ because he denied his son’s request to eat at McDonald’s.

Undoubtedly the M craze is at an all-time high yet is McDonalds really as grand as it is made out to be. Here are five reasons why this dad was right and the psychiatrist wrong!

McDonald’s, really fast-food in general, isn’t real food. The “nugget” isn’t a part of the chicken’s anatomy, real ribs have bones (I’m looking at you McRib), and, most importantly, real food rots. Check out this McDonald’s hamburger from 1999. Yes, it’s been sitting on a shelf for 16 years. There’s not a spot of mold or a single maggot. If nature’s natural composters don’t recognize it as food, neither should you. If you feed your kids McDonald’s, you forever alter their concept of what real food looks, feels and tastes like. There are few things that derail your health like fast-food. The average McDonald’s meal contains so much sodium, unhealthy fat, sugar and empty carbs, it’s staggering. It is the exact opposite of what any doctor or nutritionist would consider a healthy diet. A 2004 study published in “The Lancet” found that eating fast food more than twice per week is linked to rapid weight gain, increased risk of developing type 2 diabetes, and sometimes fatal cardiovascular health problems. In fact, the processed fat in McDonald’s food (and other fast food) promotes endothelial dysfunction, which is linked to erectile dysfunction down the road. Is all of that really worth a couple of minutes without whining? Despite repeated requests by many to McDonalds to prove the Impact it can have on people’s health, McDonalds has ignored such requests though many health experts from around the world have come out to show how damaging McDonalds can be! Though workers at McDonalds might have slightly higher salaries than other restaurants yet not only are they forced to work long hours, crossing the legal 48 hours a week limit in most parts of the world (though Pakistan has no such laws) but are also forced to work on vacations including Eid. It’s no secret that one of the oldest items on the McDonald’s menu is the “Happy Meal,” a kid-sized sack of fake food accompanied by a plastic, Made in China toy. McDonald’s has and always will target children with its advertising. Why? Because kids, especially crying, screaming ones like in the NYC custody story, are very persuasive. Those commercials and toys are meant to get kids eating McDonald’s early, so that they’ll be customers for life. (Did we mention fast food has been proven to be intentionally addictive?) Once hooked, McDonald’s knows your kids will return as adults, allowing them to continue their gross, destructive, exploitative practices in perpetuity.