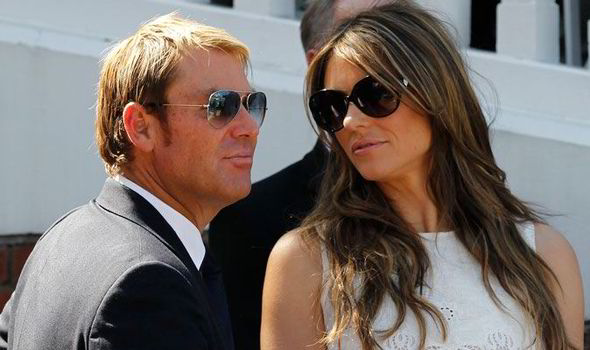 Ever since her divorce from her former husband Imran khan, Jemima has been through a series of relationships, most popular of them being with the famous British actor Hugh Grant!

Nevertheless she does seem to have a natural attraction towards cricketers and the great Aussie spinner Shane Warne might just be her latest pick.

Romance rumours have been rife since retired Aussie cricketer Shane Warne – who divorced a few years back amidst rumours that he cheated on his wife – and Jemima were first introduced in 2006, with Australian magazines claiming they are an item!

Though both of them denied this but recently the two have been spotted together more frequently than before. Now could it be that this old friendship is maturing into something bigger?

Many insiders believe that the couple has always enjoyed each other’s company but since both of them have been through painful breakups in the past–they have kept everyone guessing about their romantic status by only going public in weddings and sometimes for the occasional drink.

But if these rumours do turn out to be true than this would be a story that the cricketing world would find too good to be true — retired Australian leg-spinner Shane Warne romancing Jemima Khan, the former wife of the Pakistani cricket legend Imran Khan.